‘O, You, the seeker of knowledge, you must stay away from this pig of Hell, known as Zubair Ali Zai Ghair Muqallid(Non-Mazhabi). May Allah’s mercy be upon you.

one might wonder, BUT WHY would he lie?! yea why would he criticize? actually attribute LIES against a THIQA narrator of Sahih Bukhari Shareef1 we shall tell you! One thing you must know before hand, Zubair Ali zai was not a Muhaditth he was a retarded braindead who merely liked to play with the blessed Usools set by our PIOUS predecessors, dont worry we shall bring it to light in upcoming posts I just hope may Allah guide me and allow me to expose his hatred for Abu Hanifa r.a and the pious Salaf.

One must know beforehand, that Ali bin Al Ja’ad is a narrator of Bukhari shareef and Imam bukhari r.a has taken some 13 narrations from him in His Sahih. Tehzeeb At Tehzeeb : Jild 7 : 285 also check Tadreeb Ur Raavi Vol1 :Page279

Giants and Experts of Narrator Criticism have attested that Ali was a thiqa & Sudooq narrator.

Ahlus Sunnah takes him as a Thiqa narrator, even Ghair Muqallid take him as Thiqa narrator. see Anwaar Ul Musaabih : 219.
Zubair Zai himself accepted his authenticity but it looks like he forgot that he did. check him book Tadaad E Qiyaam E Ramzan Ka Tehqiqi Jayeza : 71

Zubair zai basically wanted Ali to be proven as a Shi’a who calls to their own innovations but his ugly claim is rejected. Even Imam Hakim r.a is accused of being a Shi’a. Mizaan Ul Aitedaal : Jild 3 : 608 even zubair ali zai discarded the claim that imam hakim r.a was a shia check his Fatiha Khalful Imam : Safa 89

One of the reasons that his claims are baseless is that ali himself has narrated from Muawiya, Ali, Abu Bakr, Omar, Uthman, Ibn Mas’ud & Hazrat A’isha radiallahu ahnum wa alaihumussalam. 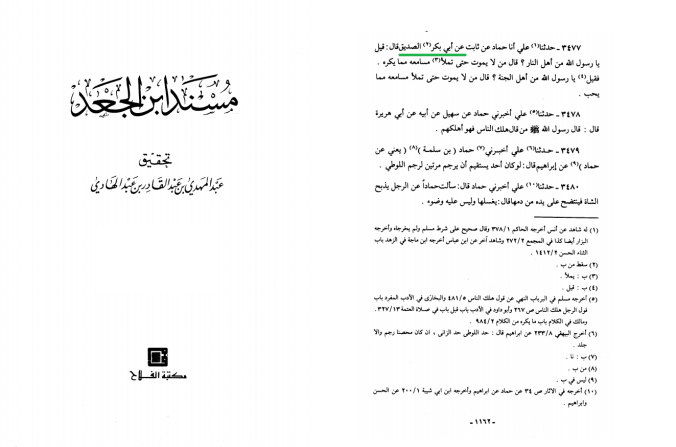 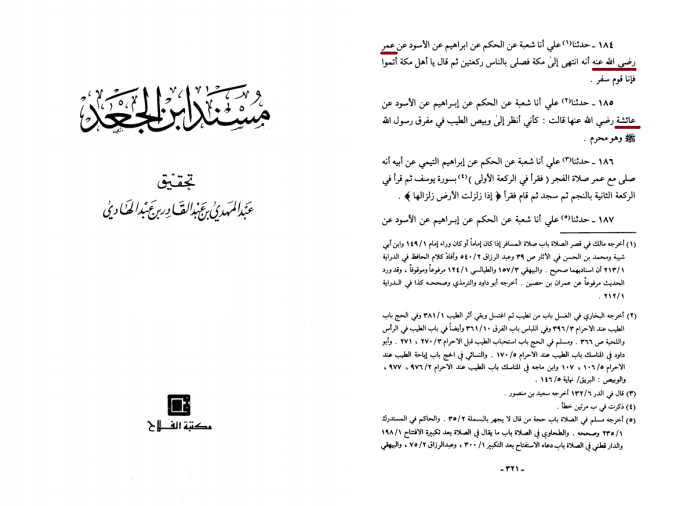 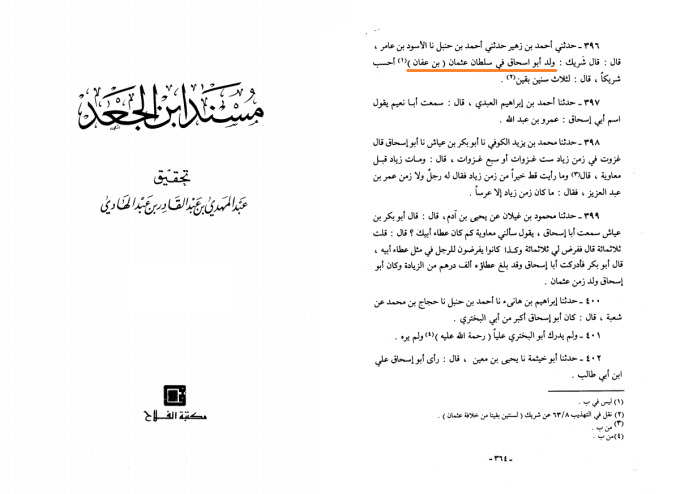 might be enough cant post all of em here. Zubair ali zai outrightly rejected the Jarrah on Imam Hakim r.a being a shia but I wonder what his followers will do here? because that pig of hell isnt alive anymore.

but lets say for a second, what IF he was a shia? then its possible for him to be a shia but from Mutaqaddimeen5 our teachers have clarified that Shi’a from mutaqaddimeen are those shia who merely held the Tafdeel view, meaning they believed Imam Ali ibn abu talib r.a is more high in status than Hazrat Uthman r.a, they never made takfeer of Sahaba or bashed them, free from KUFR beliefs as well. Unlike the shitheads Rafidis and Shi’as of our time.
Ibn Hajar Asqalani r.a has written regarding this in Hadi Us Saari : 459

I, after reading all of it personally think the reason Zubair Zai kharji did Jarrah on Ali, was to reject his Musnad as well, Hanafi rulings also come from his Musnad so I think this could be a reason, because zubair zai once called Imam Abu yusuf r.a a weak narrator of hadith but then when same imam abu yusuf r.a narrated against Imam Abu Hanifa r.a he accepted the narration by calling it SAHIH-UL-ISNAAD, sounds unbelievable, right?

Imam Suyuti r.a has mentioned around 25 names of narrators that are Majrooh with Shiism in Tadreeb Ur Raavi : Jild 1 : 279 he also included Imam Hakim’s saying that Sahih muslim is filled with such narrators.(same page)

In short, Zubair zai lied and got caught red handed. Likes of zubair zai always had the hatred for great Imams no wonder they like to bark a lot. bookmark us you dont miss any updates. I shall be writing regarding his hatred for the followers of Abu Hanifa r.a make sure to read it as well!